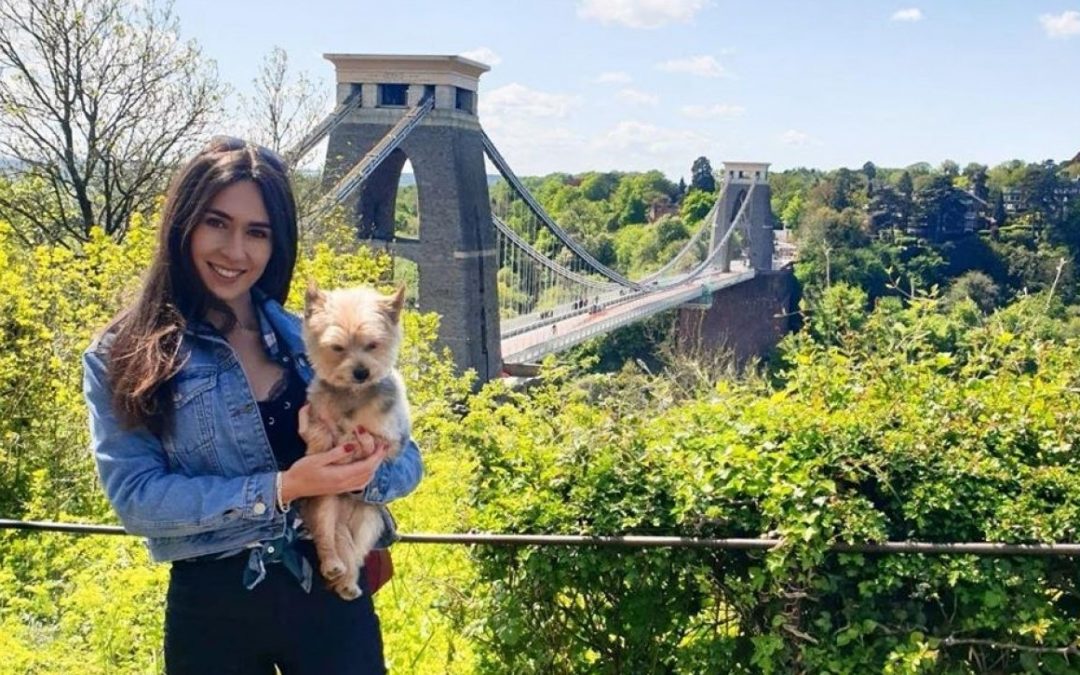 Investigating AMR transmission between animals and people – the OH-STAR study

Jordan Sealey, a PhD student in Cohort 1 of our National PhD Training Programme in AMR Research, is investigating how genes that make bacteria resistant to antibiotics may be shared between humans, animals and the environment.

Jordan is examining a novel resistance ‘plasmid’ – a circle of DNA carrying the information required to make a bacterium antibiotic resistant – identified in E. coli bacteria from dairy cows. This was found during a study in the South-West of England by the One Health Selection and Transmission of Antimicrobial Resistance project (OH-STAR) at the University of Bristol. 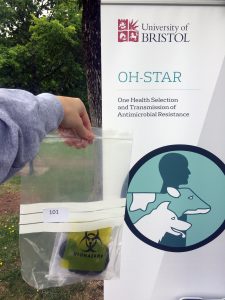 Resistance plasmids are important because they can be passed from one bacterium to another, facilitating the spread of antibiotic resistance. The plasmid Jordan is studying – named pMOO-32 – has only been identified on dairy farms in Somerset, and causes resistance to multiple antibiotics, including the critically important ‘third generation’ class of antibiotics called cephalosporins.

Jordan’s project aims to understand why this plasmid is present on so many farms, and the extent to which it is present in the local community. To answer this second question, Jordan is looking at E. coli carried in the gut of pet dogs who live in the same region as the farms. She will also determine what other important resistance plasmids are carried by E. coli in dogs, particularly comparing dogs that live in the countryside around farms with dogs that live in the city.

Over the last 12 months, Jordan has collected around 300 faecal samples from dogs in mid-Somerset, and 300 from the city of Bristol. Jordan has been spending her mornings pitching up in different parks across the region, in search of dog owners to participate in her study.

With several factors to consider such as weather, timing, as well as positioning herself on routes that are likely to have high footfall, Jordan’s data collection is a complex process, and certainly no walk in the park.

Owners provide a faecal sample from their dog and fill in a simple questionnaire, which provides insight into any lifestyle factors that may affect the likelihood of their dog carrying antibiotic resistant E. coli bacteria , such as eating habits, where they go for walks – for example if they walk near other animals – and where they swim. Jordan also collects data on whether owners have any other pets, as well as the dogs’ medical history. 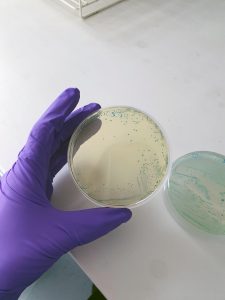 Back to the lab

Once Jordan has collected her samples, she takes them back to the lab for processing, where she carries out microbiological analysis, to grow resistant E. coli strains if present. The next step is multiplex PCR, a molecular diagnostic tool which amplifies multiple target antibiotic resistance genes in each resistant E. coli sample to find out why it is resistant.

The samples are then sent for whole genome sequencing, which gives Jordan the entire blueprint of the bacterium, including any resistance plasmids. It’s a long process, which takes three months to sequence the samples, followed by a few months of in-depth analysis in order to test whether samples from different dogs have the same E. coli with or without the same resistance plasmids, suggesting transmission from one to the other. And the data can also be compared with that from humans and other animals in the same region.

Dogs have much closer contact with people than farm animals. They live in our homes and are part of our communities, but also roam and pick things up in places that humans may be less likely to encounter, e.g. on farmland during exercise. And, as it’s possible for owners to report where they’ve been and their history, dogs make ideal subjects to look for evidence of transmission of resistant bacteria, and to identify risk factors for this.

“This work adds significant benefit to existing projects and without funding from the Medical Research Foundation, it would not be possible to address these important questions – which have profound implications for public health.”

Jordan works in the OH-STAR consortium and is supervised by Professor Matthew Avison at the University of Bristol. Her research involves investigating the transmission of resistant bacteria from animals to humans which may have an important impact on human health.